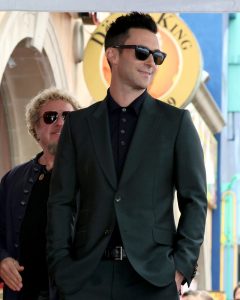 Adam Levine is a popular American singer, songwriter, and television personality. He is most famous for being the lead singer of the band Maroon 5 and for being a coach on the hit singing competition show “The Voice”

Adam Levine is also known for his distinctive tattoos, which he has inked on his arms, chest, and back

Levine has spoken about his love of tattoos, saying that they allow him to express himself and connect with his fans in a unique way

How many tattoos does Adam have?

His current tattoo count stands at 31, including all of his sleeves, back piece, and numerous small designs 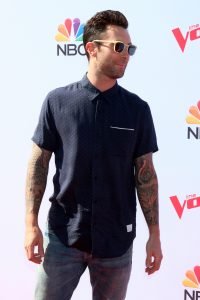 The Meaning Behind Some of His Tattoo Choices

Adam got is first tattoo at the age of 21, five days after the 9/11 tragedy in tribute to the many lives that were senselessly lost

He stated that, “I felt this need to say something with this peaceful thing on my body.”

This beautiful, symbolic piece consists of a dove surrounded by cherry blossoms 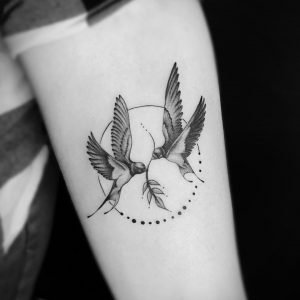 Another meaningful design is dedicated to “man’s best friend”, his deceased Golden Retriever

Symbols for His Love of Music

Adam has a large guitar piece on his left forearm, which is obviously a symbol of his love of music and playing the guitar

He also has the numbers “222”, on his left forearm He also has “California” on his stomach across his toned abs Tattoos can oftentimes be a declaration of the love between two people, and Adam has several pieces inspired by his beautiful wife, Behati Prinsloo

He has cursive script on the inside of his right inner arm. It says “you’re so cool” three times, and his wife has the same matching tattoo 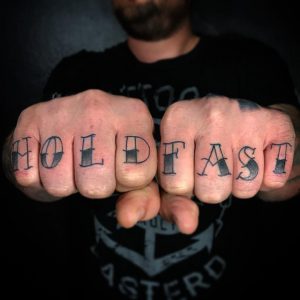 He also has an old school design of a hand holding a rose with “True Love” script inside of the hand, that we can only assume is dedicated to her as well

He put all the Twitter rumors to rest when he stated that they are his daughter initials and stand for “Dusty Rose.” 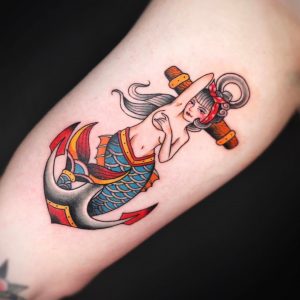 This design consists of a mermaid with angel wings, cradling a skull, surrounded by waves, with a ship, and swallows 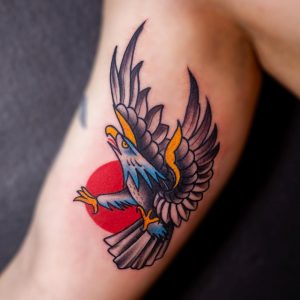 All of his tattoos are consistently in this style

Which works well for him and the flow of his body

Black and grey is a timeless, classic style that can work well for anyone

If you are inspired by Adam Levine’s style then ALL DAY Tattoo studio in central Bangkok has the black and grey tattoo masters for you!

Well look no further, a quick Google search for the best tattoo studio in Bangkok will definitely point you to the ALL DAY Tattoo studio in the heart of Sukhumvit.

Your experience with us will keep you coming back for more!

We care about what you want, but will also advise you on what works and doesn’t work to maintain the integrity of the specific design you are going for