Who were the Illuminati? The Illuminati was founded in 1776, by Adam Weishaupt in Bavaria which is now a part of modern-day Germany

Adam Weishaupt, was a German law professor, who held a strong core of enlightenment values, and was convinced that the belief system and ideology of the Church were no longer an adequate way to govern modern society

Believing that all forms of political, mental, and physical bondage prevented the advancement of scientific and spiritual development

Members were well versed in philanthropy, humanism, and other secular values

By infiltrating and upsetting these powerful institutions, they sought to promote a worldview that reflected their enlightenment ideals of rational thoughts and self-rule

The Illuminati is said to have had many influential members, but extreme measures were taken to guard the identities of those pledged to undertake its mission

In the aftermath of the “War of Independence”, Thomas Jefferson was unfoundedly accused of being a member

In 1785, the Duke of Bavaria, Karl Theodor, banned all secret societies and anyone caught joining would be subjected to severe punishment

It was during this time that the Illuminati allegedly disbanded, or moved underground and remained cloaked in mystery

Some believe that they are still around until this day, behind the scenes manipulating world events in their favor pursuing their goal of world domination

Today when global events occur and turmoil wreaks havoc on government bodies, whispers of the “Illuminati” or the “New World Order” can be found all over the internet as the party responsible for these random occurrences 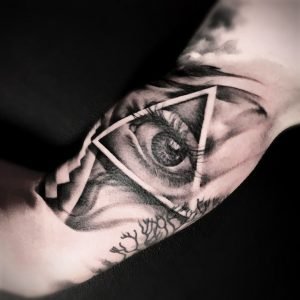 These conspiracies are fueled by the fact that the logo for Roc-A-Fella Records, is a pyramid and well-known symbol associated with the Illuminati

She told Rolling Stone Magazine, “People often accuse me of being a member of the Illuminati, but the thing is, I know who the real Illuminati are.”

One thing can be said about the Illuminati, they definitely didn’t die out completely, because their history is still fodder for today’s current rumor mill 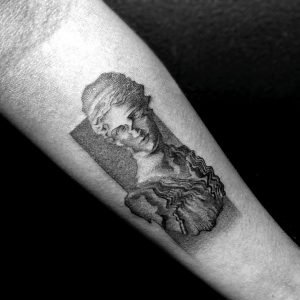 Athena was the virgin goddess of wisdom and righteousness

In Greek mythology, the Owl of Minerva was said to be perched on Athena’s shoulder as if whispering the truths of the world in her ear

Another emblem frequently used by the Illuminati was the “All-Seeing-Eye.” 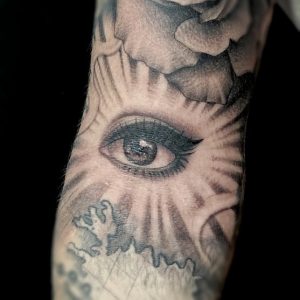 Its origins can be traced back to the Egyptian priesthood’s belief that Osiris was an all-seeing eye in his resurrected form, keeping watch over the afterlife

The rays were said to represent divine providence and the fact that the eye of the order was always watching over humanity, since the word “providence” means “guidance”. The light source shown behind the all-seeing eye is traditionally believed to denote “illumination”, or wisdom The eye most often would be floating above a pyramid in the Illuminati symbolism, which was said to be a metaphor for the public and meant the members of the order were pursuing a higher level in life

In various spiritual and religious beliefs, the all-seeing eye is believed to represent the awakening of the spirit, or the opening of the third eye

It refers to a person’s spiritual vision, which can be activated through meditation or by using certain objects like crystals or gemstones

This third eye is believed to be located between your eyebrows—hence why it’s called “third.”

In Hinduism, this third eye is known as the “ajna chakra,” meaning “command.”

In Christianity, this third eye is referred to as “the eye of God” or simply “God’s Eye.”

In some traditions it is believed that if you can open this eye then you will be able to see things as they really are: with truth and clarity 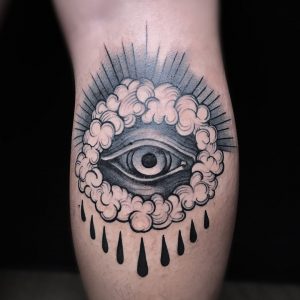 This tattoo shares much of the same symbolism as the original design, but it is believed to be worn as a sign of gods sorrow for humanity

This design can be used to represent a number of various personal beliefs, particularly surrounding empathy for human suffering, or a state of sadness in regards to the state of humankind

If you are on a journey of illumination, enlightenment or empathy for humanity, then these may be excellent tattoo options for you!

Let ALL DAY Tattoo Enlighten you on your tattoo journey

ALL DAY Tattoo studio is located in the heart of Sukhumvit

Our world-renowned award-winning artists are the best in the business!

Our work speaks for itself, our passion for tattoo art is reflected in the many 5-star reviews that we consistently receive from our many satisfied clients 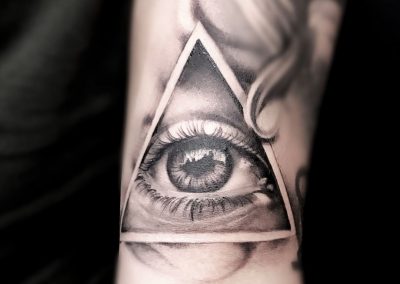 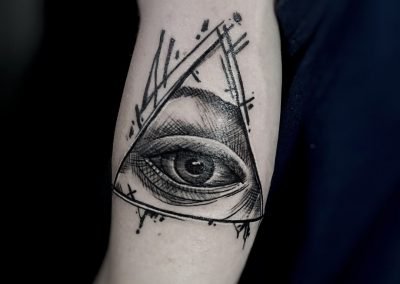